Every Vision Tells A Story 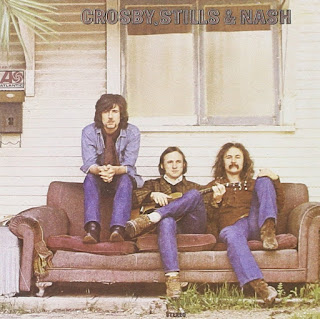 Three well-known photographers join forces in the Visions Of A Magic Time - Iconic Photographs of the Music and Culture of the 60s and 70s exhibit currently running at the Hilton / Asmus Foto gallery just north of downtown in Chicago. Pattie Boyd, Henry Diltz, and Carinthia West each lived within the inner circle of rock superstars and Hollywood performers, as opposed to being outside observers. They are also highly skilled at their craft, which results in images that exude a casual, friendly vibe while still qualifying as art.

Three of the photos Henry Diltz took (for Crosby, Stills and Nash; The Eagles; and James Taylor) would become world-famous album covers. Diltz also captured live performance shots of Jimi Hendrix and Janis Joplin at Woodstock, and years later, Nirvana at the Los Angeles Forum. His sensitive portraits of Joni Mitchell and Mama Cass Elliott display yet another aspect of his talent.

Actress/model/photographer Pattie Boyd wrote about her marriages to George Harrison and Eric Clapton in her book Wonderful Tonight, and her photography provides insight into her lives with them as well. Two of her photos were taken during the time The Beatles spent meditating with Maharishi Maresh Yogi in India. There's a shot of Clapton relaxing in what Boyd describes as "an unmemorable hotel somewhere in America" from his 1974 tour, as well as a self portrait Boyd took with Harrison in their rose garden in 1968.

Carinthia West hung out with The Rolling Stones, Keith Moon, Carly Simon, and several other famous musicians while working as an actress and journalist, and she was also close friends with Helen Mirren and Anjelica Huston. Her photos of Robin Williams, Mick Jagger with Linda Ronstadt, and Neil Young have an amiable, off-kilter appeal. She also took shots of the inflatable pig Pink Floyd set floating past the Battlesea Power Station for their Animals album. (The actual cover was photographed by Hipgnosis.)

Most of the pieces at the exhibit are accompanied by a short, printed backstory from the photographer. Diltz reveals how he and the members of The Doors ran inside to get a photo at the Morrison Hotel in L.A. after they had been told by the desk clerk that they would need permission from the owner to take photographs there. Boyd snapped a shot of George Harrison, Ringo Starr, Klaus Voorman, Nicky Hopkins, Jim Keltner, and Jim Horn at lawyer Abe Somer's home for a possible future Harrison album cover. West and her friend Rory Flynn (Errol Flynn's daughter) often attended the weekly football (soccer to Americans) matches Rod Stewart would organize for members of The Who, The Rolling Stones, and The Faces.

Visions Of A Magic Time runs through October 30 at the Hilton / Asmus Foto gallery, located at 716 N. Wells.
Posted by Terry Flamm at 4:20 PM