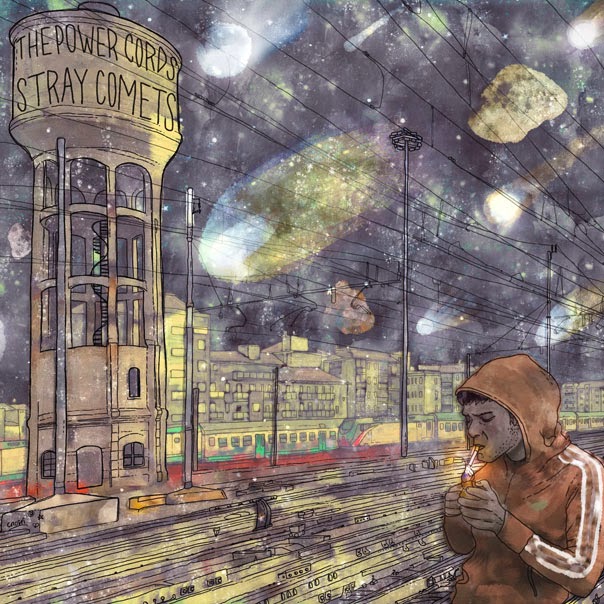 Even those of us who are only now discovering The Power Cords can believe their website when it claims Stray Comets continues the band’s “evolution from the straight-ahead power pop of their debut Modern Day Noise.” This third effort from the Los Angeles-based quartet features a variety of approaches from songwriters guitarist-vocalist Jeff Rosenfeld and basist-vocalist Ezra Siegel, who compose separately and are both proficient. Rosenfeld and Siegel also takes turns on lead vocals, which results in some intricate interplay and harmonies.

The single-named guitarist MASA!! adds fuel to the more energetic tracks like “Panic,” with its ironic take on the perils of relationships, and the ecologically minded “Megafauna.” The Power Cords also connect on slower material like The Beatles-inspired “Surface Of The Moon” and the acoustic “Cleaner” by crafting engaging melodies and arrangements. “Luxetine Dreams” recalls The Shins with its shimmering guitars, while “Dead Bolt” is propelled by drummer Patrick Nagy. “Stuck Here Again” is both punchy and playful, as the band adds a harder edge to a show tune ambience.
Posted by Terry Flamm at 9:38 PM