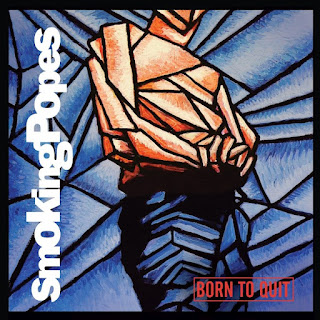 If you’ve forgotten what it’s like to see joyous people streaming out of Wrigley Field, drop by Clark and Addison tonight or tomorrow night, around 10:30. That’s about when the Bruce Springsteen shows will be ending. Even if you don’t have a ticket, I’d recommend  dropping by during the concert because you can hear the music perfectly from outside the venue. I did that last year for the Paul McCartney show, and it was well worth the train and bus ride from Palatine. I didn’t want to miss the chance to hear a Beatle performing in person even if I couldn't see him. Plus, there was a lot promotional activity going on in the area, along with a festive buzz. It’s a safe bet it will be that way for The Boss as well.

The Lakeview Festival Of The Arts  takes place this Saturday and Sunday on Broadway from Belmont to Hawthorne. In addition to 150 juried artists, there will be food and plenty of live music. Some of the more impressive acts performing on the Main Stage include alt rock/Country & Western band Dolly Varden at 1:15 tomorrow; atmospheric synth rockers Save The Clocktower at 1:00 PM Sunday, and singer-songwriter Robbie Fulks at 4:00 PM Sunday.

The 10th Annual Renegade Craft Fair is also going on this weekend, in Chicago's Wicker Park neighborhood on Division Street, between Damen and Paulina. A list of the artists can be found on the festival’s website, and DJs from Reckless Records, Dusty Groove, and CHIRP Radio will be providing the music.

Blue Whiskey is increasing its presence in my hometown of Palatine. In addition to sponsoring the annual Independent Film Festival each July, the organization will now present a new independent film at Emmett’s Brewing Company on the last Wednesday of each month. The documentary Sadermania: From Fanship To Friendship  will be shown on September 26th, Nailbiter will be shown on October 31, and Separation Anxiety will be shown on November 28th. Tickets are $5.00 online, and $7.00 at the door. Emmett’s is located at 110 North Brockway Street in Palatine.

Although it’s not listed on the official The Go-Go’s website, it looks like the band has an October 7th date at the Arcada venue in St. Charles. The band will also be playing th Star Plaza Theatre in Merrillville Indiana on October 6th.

When Smoking Popes reissue a deluxe version of their 1995 major label debut, Born To Quit, on October 23rd, it will come with some intriguing extras. The bounty includes two bonus tracks  - - a cover of the Willie Nelson tune, “Angel Flying Too Close To The Ground” and the previously unreleased “Blanket In The Park” - - new cover art; liner notes by Chicago Metro owner Joe Shanahan, comedian Kyle Kinane, and musician Matt Skiba; and a collage. A limited edition red vinyl version will be available from the Side One Dummy Records website (although I don’t see any mention of it there yet); and a blue vinyl version will be sold at tour dates throughout October and November. The Chicago-based punk band will be playing the entire Born To Quit album on the tour, and has a hometown gig at Double Door on October 20th.
Posted by Terry Flamm at 11:07 PM