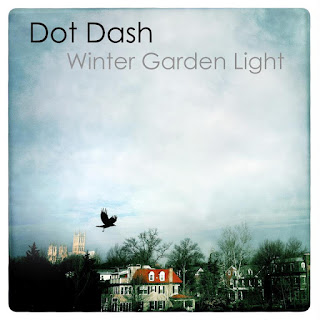 Dot Dash may be obvious in its choice of influences, but this Washington, D.C.-based quartet doesn’t imitate its heroes so much as embody their spirit. The Clash and The Jam readily sprang to mind while listening Dot Dash’s first-rate debut, Spark>Flame>Ember>Ash in 2011, while the recently released Winter Garden Light sounds more like it was inspired by guitar-oriented bands like Wire Train and Translator from the 1980s. It’s a melodic swirl of ringing guitars, singer-guitarist Terry Banks’s evocative vocals, and a lot of spirited instrumental passages.

“The Past Is Another Country” is the only song on Winter Garden Light that adheres to Dot Dash’s earlier punk rock approach. “Countdown,” which advises people to make the most of their time while they still can, recalls The Church with a shimmering arrangement led by Banks and guitarist Bill Crandall. Drummer Danny Ingram is impressive throughout, but especially on the ominous “The Devil’s Road,” while bassist Hunter Bennett propels the powerful “Shouting In The Rain.”

There’s also a bit of vintage R.E.M. in the cryptic lyrics that occasionally creep into Winter Garden Light. “I don’t know where it’s going, I don’t know where it came from,” Banks sings on “Writing On The Wall,” and on “Live To Tell,” he concedes, “What it meant, I don’t know.” The slower and mysterious “Two Octobers” seems to deal in some sort of telepathic communication. Even if it’s not always clear what’s going on, Dot Dash still creates compelling music.
Posted by Terry Flamm at 8:23 PM