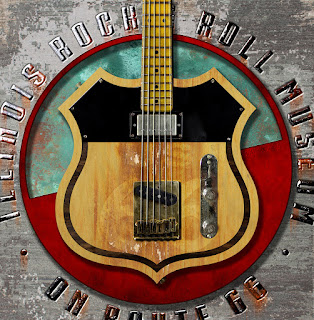 It’s been a while since I first heard about the plan to create an Illinois Rock And Roll Museum honoring the wealth of talent that’s emerged from this state over the decades. So it was a pleasant surprise when Brad Elvis recently posted a video on Facebook promoting the museum’s arrival. Brad Elvis, a founding member of The Handcuffs, as well as a veteran of The Elvis Brothers, Big Hello, and Screams, appears in the 30-second clip, along with Eddie “King” Roeser from Urge Overkill, vocalist Jenny Hall, vocalist Megon McDonough, and Gary Klebe from Shoes. Their collective message is that the Illinois Rock And Roll Museum On Route 66 is finally here but will need donations and subscribers to reach its full potential.

The museum is housed in a three-story building at 9 West Cass Avenue in Joliet, Illinois, with exhibits that celebrate the history, genres and cultures that have shaped the work of local musicians who went on to become world famous. There will be a stage for live performances, a photo/art gallery, and an educational studio. Those looking to lend their support can sign up at the website.

The website is also worth checking out for the t-shirts, mugs, and books at its online store. Cheap Trick is prominently featured in the merchandise, particularly via miniature replicas of Rick Nielsen’s fabulous guitars. Cheap Trick is among the artists chosen for the Illinois Rock And Roll Museum’s first Hall Of Fame induction, but the celebration has been postponed due to COVID-19. The other 2020 inductees are Muddy Waters, Ides Of March, REO Speedwagon, Buddy Guy, Chicago, The Buckinghams, WLS Radio, Larry Lujack, Dick Biondi, Chess Records, and The Thirsty Whale. The Illinois Rock & Roll Museum on Route 66 is a public charity 501c3 nonprofit organization.