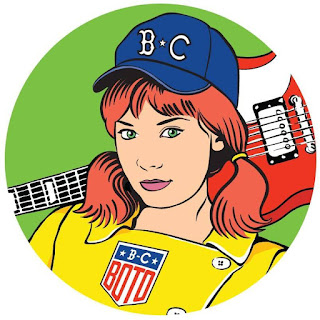 Spring training kicks off later this month, but baseball fans in Boston can celebrate the sport and help a worthy cause this Saturday, February 8 at the Paradise Rock Club. That’s when The Foundation To Be Named Later will host its annual Hot Stove, Cool Music charitable event. Formed by Theo Epstein and his brother Paul shortly after he led the Red Sox to their first World Series since 1918, TFTBNL combines baseball and rock music in a uniquely fun way to raise funds to help disadvantaged youth in Boston. Epstein established a Chicago version of The Foundation after he moved here to bring the Cubs a World Series Championship.

The indie rock band Letters To Cleo will be performing at the Paradise this Friday, along Tanya Donnelly and Gail Greenwood from Belly, Peter Gammons, and The Hot Stove All-Stars. Fans can also check out Band Of Their Own, a rotating group of well-known women musicians that’s become a regular Hot Stove feature. Saturday’s lineup includes former Runaway Cherrie Currie; Donnelly, Greenwood, and nine other perfrormers. Limited edition BOTO t-shirts will be available for sale at this gig only. The music starts at 7:30 p.m.

As in past years, there will be a Chicago version of Hot Stove, Cool Music taking place in Wrigleyville sometime in June. I caught last year’s bash at Metro and it was a night of positive vibes and great rock and roll.
Posted by Terry Flamm at 9:45 PM