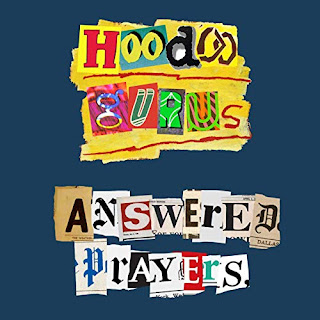 As noted in a recent post on the Slicing Up Eyeballs website, the Hoodoo Gurus have a new single titled “Answered Prayers” that’s available to download on Amazon, iTunes, and other sites. The Australian power pop/garage rock band will kick off a U.S. tour next fall, and tickets for its City Winery Chicago gig on November 3 are already on sale. “Answered Prayers,” with its guitar-driven beat and Dave Faulkner’s snide vocals, is a good fit for the Gurus’ impressive repertoire, which dates back to 1981.

The Smithereens kicked off an east coast tour today in Scituate, MA, and it will continue with seven more dates in Virginia, New York, Connecticut, and the band’s home state of New Jersey. The shows will feature guest vocalists in place of the late Pat DiNizio, including Marshall Crenshaw, Robin Wilson, Ted Leo, and Susan Cowsill.

I have it on good authority that The Spindles will be performing “Bus Stop” by The Hollies as part of their show tomorrow night at the Friendly Tap in Berwyn. The band included an authentic take on The Hollies’ chiming early hit “Look Through Any Window” on its Past And Present album, so there’s every reason to believe their version of “Bus Stop” will be another gem.

The Spindles are part of an impressive holiday double bill at Friendly Tap with The Unswept. Both of these Chicago-based acts create tunes that sound like they could have sprung from the original British Invasion, and were very impressive when I saw them on the same bill at International Pop Overthrow - Chicago earlier this year.

She didn’t read the news today, oh boy. Those of us who’ve listened to progressive rock station WXRT’s morning show for decades were dealt a one-two punch earlier this week with the announcement that news anchor Mary Dixon had been let go and air personality Lin Brehmer will be moving to the mid-day shift early next year. Brehmer and Dixon have a fun, easy-going chemistry, and their in-person contact with fans at events over the years have forged genuine friendships.

The choice of Richard Milne to take over the morning show helps ease the pain; he’s also a long-time WXRT personality who’s earned the respect of listeners. But the complete absence of any news on this station, which used to win awards for its reporting in the morning, at noon, and 6:00 p.m., is a sad development. Dixon has sounded upbeat and confident on social media, as well she should be considering her talent. And Brehmer will continue to be “our best friend in the whole world” in his new time slot.

Fathom Events is bringing the Season 12 Premiere of Doctor Who to select movie theaters across America on January 5. After the screening at the Paley Center in New York, there will be a live interview with Jodi Whittaker and other cast members. The interview will be broadcast from the Paley Center to other theaters showing the episode.

If you live in New York City, you’ve got two more days to check out a pop-up version of The Beatles Store located at 163 Mercer Street. It’s a joint venture with The Thread Shop to celebrate a new partnership for the two companies. The pop-up shop will sell Beatles related clothing, toys, and loads of other branded stuff through December 22.

The Cortland Garage on Vail Street in Arlington Heights has been transformed into a Christmas-themed pop-up bar that will be open through December 31. Patrons will find tropical style drinks, along with the holiday ambience.
Posted by Terry Flamm at 9:55 PM