We Get The Idea 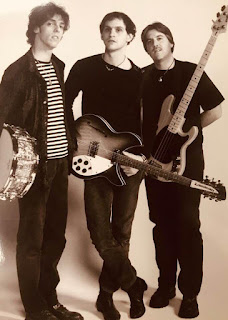 The Chicago-based band The Idea returns to action tomorrow night at Montrose Saloon for a triple bill of power pop being sponsored by local radio station WNUR. Kirk Fox, host of The Power Pop Shoppe, has done an impressive job of bringing his radio show to venues like Montrose Saloon and The Elbo Room. Singer-guitarist Phil Angotti of The Idea was featured as a solo act in one of those live shows, and he’s released a trio of albums in recent years that have drawn praise here on Broken Hearted Toy.

Angotti was performing with The Idea when it was one of three Chicago bands (The Critics and 92 Degrees being the others) to perform at the very first International Pop Overthrow festival in Los Angeles in 1977. The band also contributed “It’s About That Time,” one of the best Christmas pop songs ever to Yuletunes, one of the best holiday compilations ever. It might be a bit early for The Idea to play “It’s About That Time” tomorrow night, but I doubt anyone at Montrose Saloon would mind.