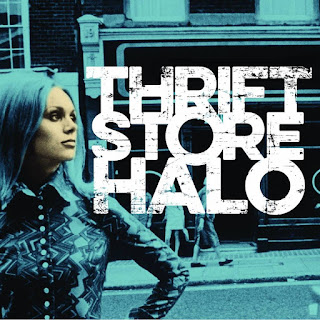 There are three days and four showcases left for this year’s International Pop Overthrow - Chicago run at the Heartland Café Bar on the north side. It’s easy to get a preview all of the acts who’ll be performing because IPO Founder/CFO David Bash provides links to most of them on the official website. I’m more familiar with some of these acts than others, but here’s a quick rundown.

Thursday night’s showcase opens with singer-guitarist Josefina. Her evocative vocals are well suited for Americana and alt-country, plus she delves into funk and rock, all backed by a four-piece band. Power pop band The Spindles are veterans of this festival, and vocalist-guitarist Jeff Janulis is also a founding member (with Michael Steven Cohen) of IPO favorites The Abbeys. As demonstrated on their upcoming album, The Spindles are experts at spinning 1960s pop into appealing power pop music. In addition to catchy originals like the “Young Heart,” they impress with covers of The Hollies and The Elvis Brothers. Look for a review of that album here soon.

Thrift Store Halo recently returned from hiatus with a new album filled with radio-friendly alt rock songs. It’s a different approach from the power pop of their earliest efforts, but fans of catchy tunes with harmony vocals will be onboard. The new “Every Time With You”/”Concrete” CD single is also available to download on their website. If you go, ask Thrift Store Halo if you can have one of their very cool new buttons. Seven-piece band The Red Wigglers describe their unique sound as “indie rock with horns.” Led by vocalist Megan Tormey, these IPO veterans have a loyal following on the local music scene. Drew Neely And The Heroes feature singer-guitarist Neeley performing original rock and roll, backed by three other musicians.
Posted by Terry Flamm at 3:48 PM