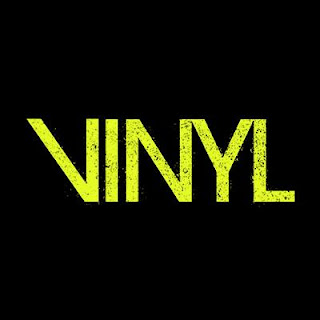 Vinyl, the HBO series based on how the record industry reacted to the arrival of disco and punk rock in the 1970s, is now available on Blue-ray and DVD. Mick Jagger and Martin Scorsese are the co-creators of Vinyl, which hopefully will return for another season.

Later this month, Roadies, a backstage look at the hardworking men and women who ensure everything’s in working order for traveling rock bands, will kickoff on Showtime. Cameron Crowe is serving as writer, director, and producer.

If you miss tonight’s show by Whitewolfsonicprincess at La Principal in Evanston, you can still catch the Chicago alt rock band’s vocalist Carla Hayden and guitarist-vocalist James Moeller on Nick Digilio’s WGN show this Wednesday morning (June 8) from 2:00 to 5:00 AM. They’ll be discussing their haunting and well-crafted new album Shadow Of The Marigold.

The Zombies, who wrapped up their current U.S. tour last Sunday in St. Charles (my concert review was posted on June 2), will be part of the Flower Power Cruise in 2017. The ship leaves Ft. Lauderdale on February 27 and will visit Jamaica and Nassau before returning home on March 4. The other acts on the cruise are Eric Burdon and The Animals, Chad and Jeremy, Micky Dolenz, The 5th Dimension, The Family Stone, The Lovin’ Spoonful, Rare Earth, Spencer Davis, Three Dog Night, Vanilla Fudge, and The Yardbirds. Three acts from The Abbey Road on the River Festival—BritBeat, The Jukebox, and Hal Bruce—will also be onboard.

Ellis Clark And The Big Parade Featuring Ary Jeebie perform this Thursday (June 9) night at the Underground Wonder Bar on Clark Street just north of downtown Chicago. In addition to his solo efforts, Clark has performed with Epicycle, Social Act, and The Handcuffs. Ary Jeebie is the front woman for the jubilant rock-a-billy outfit The Amazing Heeby Jeebies. I’ve haven’t seen one of their joint gigs yet but it sounds like a fun combination.

There’s an opening reception on Friday, June 10 for the Summer Suite 2016 exhibit at the Palette And Chisel studio in Chicago. Artists Maro Bizarro, Lenin Delsol, Mary Klug, Ralph Paquet, Michele Soncini, and Bodo Stolczenberger will be showing their work. Piano player Cleo Michelle Milan and The Laboratory Dancers will be performing. The reception opens at 6:00 PM and runs through 10:00 PM.

Congratulations to folk singer Dean Milano on 50 years of professional performing. He marked the occasion with a private party for friends yesterday afternoon at Mac’s On Slade in Palatine.