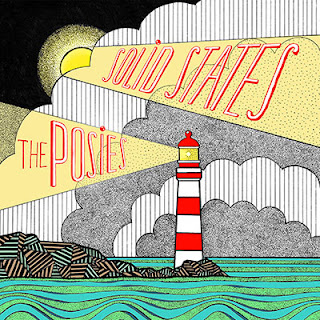 It’s a family affair. My nephew, the world famous chef Joe Flamm, will be competing against chef Matt Troost in Ramen Battle 22 - The Ramenant at Yusho tomorrow (Sunday) from 4 to 9:00 PM. My nephew works at Spiagggia and Troost works at The Charlatan. This event is being held to benefit Pilot Light Chefs, an organization dedicated to teaching kids about healthy food choices. Admission is $35; vegetarian options and a snack menu will be available. Reservations are recommended.

Chicago area band Buzz Orchard will be back with its original lineup, including lead vocalist Davey Sippel (who also was a member of Van Go) for the first time in years when it performs at the Gallery Cabaret on June 4.

According to writer Robert Channick’s article in today’s Chicago Tribune, Chicago is about to tap into the growing trend of cat cafes. The Tree House Humane Society recently got a City Council green light to open a venue on the north side that will serve beverages while a limited number of cats are roaming around. The concept has already been working out well at a cafe called Cat Town in Oakland, CA. And yes, my wife and I will be going to the Tree House version when it opens here.

A Facebook post from You Weren’t There: A History of Chicago Punk 1977-1984 notes that the documentary Savage Beliefs - The Movie will be shown at Martyrs’ on April 14 as part of this year’s CIMMfest. The band Savage Beliefs, Naked Raygun, “and everyone you know from the ’84 Chicago Punk Scene” will be featured. CIMMfest runs April 13 through 17 at various venues in the Chicago area.
Posted by Terry Flamm at 11:12 PM