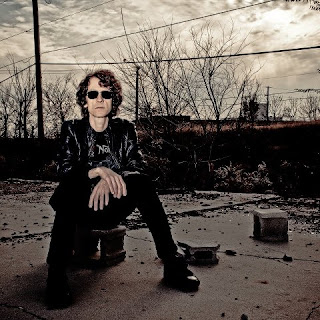 Despite their Austin Powers type moniker, the numerous members of The Despotic Hall Of Fame aren’t out to control the world; they just want to play a variety of the world’s music. Led by Bill Acuña, they’ve been pursuing this mission since 2010, and have a CD out called Number One Hits And Other Associated Masterpieces.

Veteran singer-guitarist Kevin Lee and his band The Kings have a CD release show slated for Breakout later this week, so they’re sure to be playing some songs from this latest effort during tomorrow night’s IPO-Chicago gig. On his more recent efforts, Lee has been honing a harder-edged  power pop sound, especially on songs like “Burn It Down” and “Too Little Too Late.”

The Bright White is a post-punk quartet that draws upon the 1980s for inspiration. Around for about two years, their  EP Until Then has been getting airplay on local stations like WXRT.

The Intimate Machines state simply, “We play the rock” on their Facebook page, and it looks like they tend toward classic 1960s and cutting edge 1980s artists when it comes to influences. They’ve been on the scene for around two years.

Based in Milwaukee, Certain Stars play power pop influenced by Big Star. The band has been together since 2004, and records for the Cuba Libre label.

The coed band The PondHawks makes no bones about its favorite group -- it’s definitely The Beatles. That influence can be heard in The PondHawks’ emphasis on harmony vocals and strong melodies. They’ve racked up a lot of radio airplay since coming together a few years back.