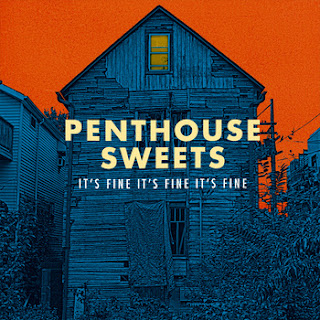 As I mentioned here yesterday, the 8th Annual Alex Chilton Birthday Bash is being held tonight at The Empty Bottle on Western Avenue. Organizer Larry O. Dean has lined up Azita, Certain Stars, Liam Davis And The Contestants, Go Time, The Grand Prix Michael Heaton, High Energy Physics, Peter Joly, Letterbomb, Puritan Pine, Sunken Sugar, Urban Twang, and Welcome To Ashley to join his band  The Injured Parties in this tribute to one of the legends of power pop and rock.

Penthouse Sweets have a record release party for It’s Fine It’s Fine It’s Fine coming up next Friday at Schubas. Judging from a quick sampling of the guitar-driven and melodic songs on their Bandcamp page, this could be a successful release for them. Two other worthy bands, The Safes and The Warm Ones, are also on the bill.

Following up on the sad news that Miles Austrevich has passed away, here’s a reminder that the visitation will take place tomorrow, December 29, 2012, from 12pm - 5pm, at Cooney Funeral Home. Miles was the courageous young man who inspired the Jokes4Miles campaign. The funeral home is located at 3918 West Irving Park Road. In lieu of flowers, visitors are being asked to make donations, in memory of Miles, to Children's Oncology Services, Inc. (COSI), at 213 West Institute Place, Chicago, IL 60610, 312-924-4220, or online. There will also be a Miles Austrevich Memorial next Saturday, January 5th, at the Museum Of Contemporary Art, starting at 4:00 PM. The museum is located at 220 East Chicago Avenue.

Tributosaurus returns to The Copernicus Center Theater on Chicago’s northwest side on Friday, January 18th. The critically acclaimed tribute band (they’ve covered everyone from Crosby, Stills and Nash to Michael Jackson) will be performing the entire Sgt. Pepper’s Lonely Hearts Club Band and Magical Mystery Tour albums, backed by a 30-piece orchestra. Tickets are $35, $40, or $45, depending on seating; and are available through the Copernicus Center Theater website. Five dollars from every ticket will benefit The Betty Hemmert Music Scholarship Fund At Rock For Kids.

People eager to see Mary-Arrchie Theatre’s current production of The Glass Menagerie after reading the rave review by critic Chris Jones in the Chicago Tribune could be out of luck. According to a post on the theatre’s Facebook page, every show has sold out through closing night, January 20th. Congratulations to ensemble member Hans Fleishmann, who directs the show and plays the character, Tom. This follows on the heels of another Mary-Arrchie success, Superior Donuts, which  runs through December 31st at the Royal George Theatre.

What’s the postal code for Gallifrey? The Nerdist website, always a reliable source for all things Doctor Who, recently reported that the long-running British sci-fi show will soon be honored by a set of commemorative stamps from the Royal Mail in the United Kingdom. Each of the 11 versions of The Doctor, from William Hartnell to Matt Smith, will get his own stamp. Just slap one on an envelope and watch it zip off into another time and dimension.

I usually don’t pay much attention to Comics Carousel, the competition the Chicago Tribune has been running for some time now. The idea is to pit one strip against another, and let readers vote on which one they like best. But I feel the need to offer a few consoling words to artist Donna A. Lewis, whose Reply All strip was recently trounced by reigning champion,  Dogs Of C-Kennel, by a margin of 5,786 to 360. Much of the reason Tribune readers rejected Reply All is probably due to its minimalist, occasionally jarring visual style. I was put off by it myself, but grew to like the content, which is a sort of alternative take on Cathy or the Mary Tyler Moore Show sitcom. It was a breath of fresh air when stale humor so often hangs over the comics page like a cloud of an old vaudeville performer’s cigar smoke. So don’t take the loss too hard, Ms. Lewis. Some of us in Chicago appreciate what you’re trying to do.
Posted by Terry Flamm at 6:00 PM