End Of The Year Shout Outs 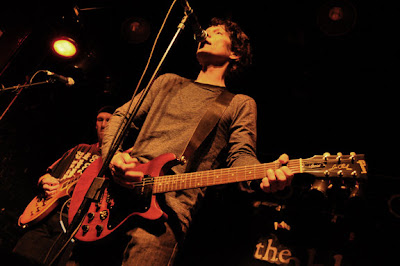 In no particular order, here are some more CD releases that impressed me this year. I’ll have another batch tomorrow.

Kevin Lee & The Kings - Dusk Till Dawn A worthy follow-up to Lee’s 2006 full-length effort, Flip The Switch, it furthers his long-standing reputation as an engaging power pop singer-guitarist.

Braam - Living Room Latest effort from the band of brothers impresses with an intricate, acoustic-based approach on melodic, well-crafted songs.

The Valley Downs Self-titled The band’s follow-up to their Behemoth EP features singer Marianne Shimkus and bassist-vocalist Mike Galassini on songs that evoke The Bangles and The Beatles.

Aaron Fox and The Reliables - Late Too Soon Solid debut offers a melodic blend of acoustic and electric instruments on songs that tap into the Midwestern power pop tradition.

Johnny L Friend This veteran of Chicago punk bands like The Slugs breezes through a collection of short, eccentric pop tunes on his second solo effort.

Matt Dodge & The Lobsters - Lobsters! Dodge is too young to have been around when the classic songs of the 1960s were being released, but he sure sounds like he’s been influenced by them.

Maple Mars - Galaxyland An imaginative mix of power pop and psychedelic rock, with most of the tracks composed and produced by vocalist/guitarist Rick Hromadka.