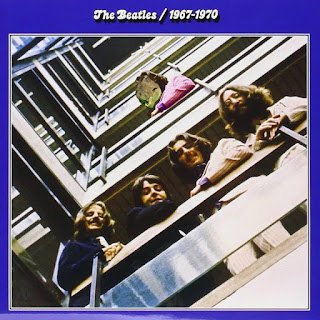 There’s good news for Chicagoans who missed director Ron Howard’s Beatles documentary during its recent run at The Music Box Theatre. The Beatles - Eight Days A Week - The Touring Years will be shown at the Gene Siskel Film Center downtown twice on Friday, November 4, and then once each day until Thursday, November 10. The film, which is just about two hours long, includes rare live performances of John, Paul, George, and Ringo from 1963 through 1966. Although some critics have complained that Howard didn’t dig deep enough into the band members’ personalities or their thornier issues, it’s generally agreed that the concert footage is amazing. The 30-minute The Beatles Live At Shea Stadium will be screened along with The Beatles - Eight Days A Week - The Touring Years.

Tickets go on sale tomorrow at 10:00 a.m. for a pair of Beatles Project shows by Tributosaurus. The critically acclaimed tribute band will perform The Beatles 1962 – 1966 (The Red Album) on December 9 and 1967 – 1970 (The Blue Album) on December 10 at The Copernicus Center on Chicago’s northwest side. Tributosaurus has honored Bruce Springsteen; Michael Jackson; Crosby, Stills, Nash and Young; Tom Petty; and several other famous acts, but appears to have a special fondness for The Beatles. A live orchestra will be on hand for songs like “A Day In The Life” and “Hey Jude.” As with past Tributosaurus Beatles-related shows, partial proceeds from the Red Album and Blue Album shows will benefit the Betty Hemmert Music Scholarship Fund. Betty Hemmert was WXRT DJ and Breakfast With The Beatles host Terri Hemmert’s mother.
Posted by Terry Flamm at 10:10 PM