Remembering A World Without Love 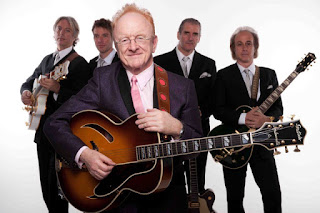 Those of us who still sometimes confuse Peter And Gordon with Chad And Jeremy might want to tune in to “Breakfast With The Beatles” this Sunday morning on WXRT. Host Terri Hemmert has invited Peter Asher, the surviving half of Peter And Gordon, to drop by and discuss his A Musical Memoir of the ‘60s and Beyond. He’ll be presenting the multimedia show at the Old Town School of Folk Music on January 27th.

I saw Asher do an earlier version a few years back at Fest For Beatles Fans - Chicago. It was an enjoyable mix of live music, vintage photographs, and film, along with his wry observations on being part of the original British Invasion. Paul McCartney used to date Asher’s sister, Jane, and the Lennon-McCartney penned “World Without Love” was one of Chad And - -  er, Peter And Gordon’s biggest hits. Asher went on to become a highly sought-after producer, working with artists like Linda Ronstadt and James Taylor.

Hemmert’s onstage interview with Asher after his Fest For Beatles Fans - Chicago performance showed her usual insight and love for music, so their chat this Sunday is sure to be interesting. “Breakfast With The Beatles” airs from 8:00AM to 10:00 AM Sunday morning, and can be streamed on the station’s website.  A Musical Memoir of the ‘60s and Beyond starts at 7:00 PM on January 27th. Tickets are $30.
Posted by Terry Flamm at 11:33 PM