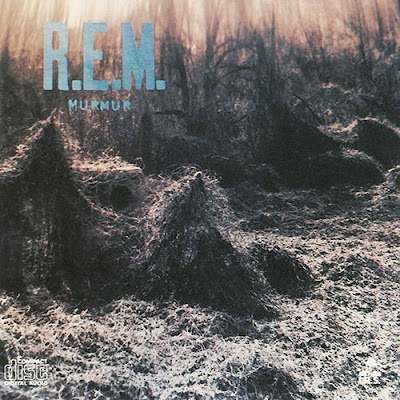 It’s The End Of Pine Valley As We know It (Spoiler Alert!). America lost two of its cultural icons this week as R.E.M. called it quits on Wednesday and All My Children aired its final episode on ABC today. The soap opera, which is scheduled to return in a web-only format at the beginning of 2012, literally wrapped up its network tenure with a bang. A single shot was fired in a room filled with current cast members and several former stars who had returned for the finale, and the screen went black before it was clear who the victim was. Time will tell if it’s a strong enough gimmick to lure some of the show’s older, computer-wary fans back for All My Children’s new technology reincarnation. Of course, young and vital people like my wife will have no trouble making the transition.

R.E.M. passed away with much less commotion. Just a short post on their website that caught the media and loyal followers completely by surprise. I still have fond memories of catching R.E.M. in their very early days at a Park West concert, where deliberately minimal stage lighting conjured a campfire ambience that perfectly suited the band’s hypnotic music. The quirky and immediately engaging Let’s Active was the opening act. Over the years, I shared an appreciation of R.E.M with several friends and co-workers. Here’s a toast to them, as well as this highly influential band.

‘Cuffs At Quenchers. The Handcuffs continue their blitz through the Chicago area in support of their new Waiting For The Robot CD with a show tomorrow night at Quenchers. The Ivorys will be the opening act. Show time is 10:00 PM.

A Worthy Cause. As I mentioned on Wednesday, Sarah Denton, the daughter of veteran Chicago-based rock and roll scribe Tom Lounges, will be taking part in the American Foundation for Suicide Prevention’s Northwest Indiana Walk this coming Sunday at Centennial Park. Anyone interested in helping Ms. Denton reach her $150 fundraising goal can check out AFSP’s Out Of The Darkness Community Walks page.

Crawpuppies & PopChips. The Crawpuppies are inviting their fans to be part of video they’ll be shooting next Saturday at County Line Orchard starting at 1:00 PM. The band was recently among the 20 acts chosen out of 1500 to compete in Round 2 of the PopChips contest. They’re hoping the video will propel them into Round 3. The ultimate winner of the PopChips contest will perform at next year’s South By Southwest Festival in Austin, Texas. Fans who can’t wait until next week will be able to check out The Crawpuppies tomorrow at County Line Orchard from 1:00 PM to 4:00 PM.

Another Side Of Ralph. Ralph Covert has an Acoustic Army show at Fitzgerald’s Sidebar in Berwyn tomorrow night.

More Madness. Singer-songwriter Dean Milano will be unleashing all kinds of Assorted Madness and Music with Bob Abrams tomorrow night at the SciTech Museum’s 1st Annual End Of Summer Bash in Aurora. The museum is located at 18 W. Benton Street.

Another Worthy Cause. Dorian Taj, John San Juan, Ellis Clark (The Handcuffs), Phil Angotti & Carolyn Engelmann, and Lou Hallwas & Andy Hansen (Penthouse Sweets) will be among the local musicians taking part in the Benefit For Kevin Junior at Lincoln Tap next Thursday night at 9:00 PM. Proceeds will help Junior, a member of The Chamber Strings and a solo artist, cover the medical cost of an upcoming heart surgery. Junior will also be performing at the benefit. There is a $10 donation. Donations can also be made at the Friends of Kevin Junior fundraising site.

Picture Yourself On A Bus. The Who had their Magic Bus, and now the late John Lennon has a similar vehicle that’s been created in his honor. Made possible through the help of several sponsors, the much-traveled John Lennon Tour Bus gives students a valuable learning experience as they write, record, and produce original songs for videos all within a single day. The finished products can be uploaded to MySpace, Facebook, and Youtube, as well as The John Lennon Tour Bus website. The high tech bus, which has a front and rear studio, as well as a stage area, can be booked for schools, conferences and events throughout the U.S.