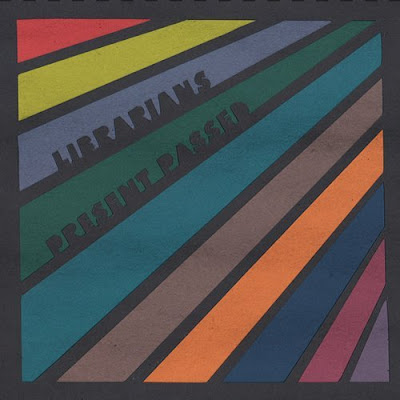 The West Virginia-based Librarians continue to spin mind-altering techno-pop on their second full-length effort, Present Passed. The band’s two lead singers, Ryan Hizer and Trey Curtis, join forces on ethereal harmonies while their guitar playing adds shimmering layers of atmosphere. Most of the 10 tracks have a richly textured, nocturnal feel, even as the Librarians shift back and forth from ballads to dance music. Amazingly, none of the band members (drummer Billy Parsons and bassist-guitarist Kyle Vass round out the line-up) is credited with playing the synthesizers that figure so prominently throughout the CD.

The slow, enticing opener, “Marilla Park,” draws listeners in with an arrangement that harks back to the 1980s, while the melodic “Wait And See” is pretty much irresistible. “Cranberry Palace” sounds like classic British Invasion pop reinvented by aliens, while the exotic rhythms and haunting vocals on the short and fun “Island Jam” evoke images of monks on holiday in the Caribbean. “Kid Stuff,” a clever checklist of how to survive in the modern world (“Whatever you do, keep your head up - - - Spell all the words right”) is the most dance club-oriented track on the highly entertaining Present Passed.