CD Review: King Of Prussia - Save The Scene 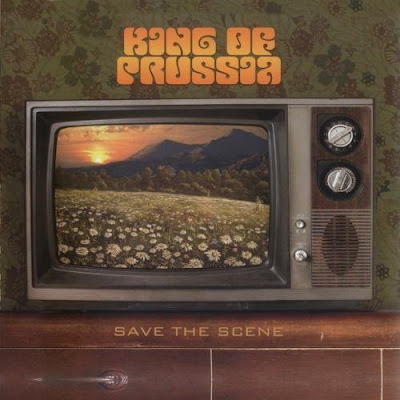 The Athens, Georgia based King Of Prussia is a true indie rock band, from the offer on its website to perform at house parties and record stores, to recording songs for its debut in various locations, using a portable digital 8-track machine. Amazingly, Save The Scene, created by ten musicians led by founders Brandon Hanick and Trey McManus, is a highly polished effort. In addition to layers of instrumentation and heavenly harmonies, the CD exudes a wry sense of humor.

“Spain In The Summertime,” which opens with the line,”She couldn’t laugh so she painted a grin on her face,” recalls the offbeat charms of Robyn Hitchcock’s infectious pop music. The presence of notable eccentric Syd Barrett is evident throughout, especially on the melodic “Misadventures Of The Campaign Kids,” and “Cheerleaders,” which shuffles along to hand claps and a marching drum beat. King Of Prussia also gives the stark ballad “Physics Never Stood A Chance” a compelling, atmospheric arrangement.