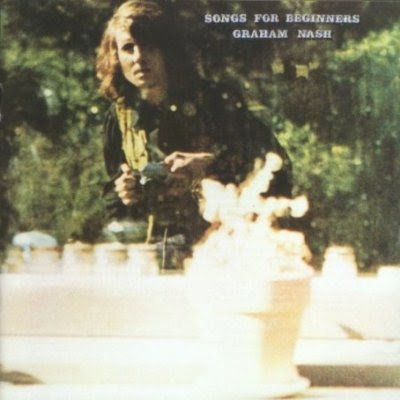 Graham Nash recorded Songs For Beginners in 1971, when CSY&N were still a hot new item but were already embroiled in one of their numerous feuds. It was his first solo album, after years of sharing the spotlight with Crosby, Stills, and Young, as well as his first band, The Hollies. Not that Nash was alone on this effort; guest musicians included Jerry Garcia, Rita Coolidge, and Neil Young, performing under the pseudonym Joe Yankee.

Recently released in a remastered version that includes a DVD with an interview as well as lyrics and some of Nash’s photos, Songs For Beginners serves as a template for much of his work. The album strikes a balance between homespun reflections and political rabble rousing. “Military Madness” and “Chicago” still resonate, while the acoustic “Simple Man” and more elaborate “I Used To Be A King” deal with his troubled relationship with Joni Mitchell. Some of Songs For Beginners, especially “There’s Only One,” seems locked in the 1970s, but this new edition should please Nash’s fans.