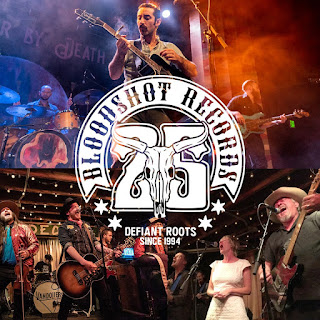 Taste Of Chicago opened today and you might even be rocking out to Courtney Barnett or Sunflower Bean as I’m posting this. The Taste runs through Sunday, with national acts scheduled for each evening. Those shows will get some stiff competition because we’re heading into one of Chicago’s busiest weekends for entertainment. If you’re a tourist who’s scheduled a vacation based around Taste Of Chicago, you might want to consider these other options as well.

The annual Irish Fest takes place at the Irish American Heritage Center on Chicago’s north side. It’s three days of traditional and more rock-oriented live Irish music, dance, a bit of theater, food vendors, and even a traditional tea if you prefer that to Harp and Guinness. Acts scheduled to perform include Tupelo (be ready for some audience participation), the wild and funny Larkin and Moran Brothers, Rory Makem, and The Bagpipes and Drums of the Emerald Society Chicago Police Department.

If you’re cool with a trip to Arlington Heights, Soundtracks Of A Generation will present A 50th Anniversary Tribute To The Woodstock Era on Friday night at the Metropolis Performing Arts Center. The show will cover songs by Santana, Crosby, Stills and Nash, Creedence Clearwater Revival, and Jefferson Airplane.

Son Volt, Camper Van Beethoven, and Cracker are the headline acts at this year’s Square Roots Festival being held in Lincoln Square this Saturday and Sunday. Local indie label Bloodshot Records will be celebrating its 30th Anniversary on Saturday with a Tribute To Andre Williams featuring The Mekons, Vandoliers, and Murder By Death. Other acts scheduled include Southern Culture On The Skids, Tommi Zender, Steve Dawson’s Funeral Bonsai Wedding and as the finale, a tribute to Stevie Nicks and Stevie Wonder. Be sure to visit the Laurie’s Planet Of Sound record store while you’re in the area.

You can wrap up this busy weekend by catching Steve Forbert at City Winery Chicago on Sunday night.
Posted by Terry Flamm at 9:25 PM