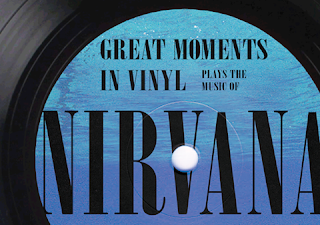 If the song “40,000 Headmen” brings back fond memories of the early and far more adventurous days of FM radio, then you might want to drop by Martyrs’ on Lincoln Avenue tomorrow night. A collection of musicians, using the name of that Steve Winwood/Jim Capladi song, will be performing the music of Traffic. There will be another tribute show at Martyrs’ on Thursday when the Great Moments In Vinyl crew will perform the Nevermind and MTV Unplugged In New York albums by Nirvana.

The official Record Store Day Facebook page had a post on March 14 stating, “One week from today, we’ll launch the Official RSD 2017 titles.” That adds up to March 21—tomorrow—and you can bet vinyl collectors will be eager to see the one-day-only limited editions that will be available. The actual Record Store Day this year takes place on Saturday, April 22.

It was so great to see all the tributes to Chuck Berry across social and traditional media during the past few days. Berry first rose to stardom over a half a century ago, but musicians and fans still regard him as a founding father of rock and roll. Some of the personal anecdotes I’ve seen on Facebook and in newspapers have been particularly touching. Hail, Hail, Rock And Roll!
Posted by Terry Flamm at 10:11 PM