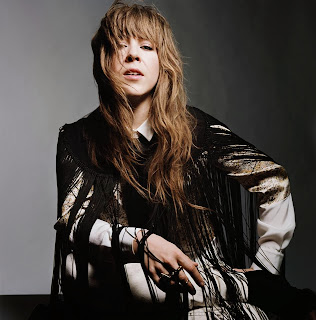 Serena Ryder Brings a Stark “Stompa” to the Archives. Photo from her Facebook page.

WXRT’s Live From The Archives series is kind of like Record Store Day. It’s an opportunity to acquire rare music; it’s only available for a limited time, and it has become an annual tradition. The ONXRT tracks are always live and they’re on a CD, but there was a vinyl edition of Volume 14 available on Record Store Day this past April. Another difference is that the Live From The Archives releases help benefit charities. This year, OXFAM America and Cure Violence are getting a helping hand from WXRT, in conjunction with BlueCross BlueShield Of Illinois.

Some of the best moments from past Archives releases have been the XTC “Senses Working Overtime/Grass/Love On A Farmboy’s Wages” acoustic medley; Cheap Trick’s “On The Radio” with XRT DJ Lin Brehmer doing a cameo; and The Smithereens and Patti Smith doing riveting versions of “Blood & Roses” and “Dancing Barefoot,” respectively. Volume 15 doesn’t have anything that quite reaches that mark, but it’s an eclectic and fun collection. Most of the 15 tracks were recorded in recent years, with the exceptions of “You Can Get It If You Really Want,” performed by Jimmy Cliff in 1978, and “Heart Of Glass” performed by Blondie in 1999.

For those still eager to hear The Lumineers’ “Ho Hey” (count me out), the version here has quite a bit of audience participation. Jim James of My Morning Jacket opens “A New Life” a little too slowly before moving on to its hula rhythms. And while it was a great idea to include Cheap Trick again, it would have been fun to hear something more off-the-beaten-track than one of their most popular songs, “I Want You To Want Me.”

Volume 15’s major coup may be nabbing “Such Great Heights” from The Postal Service’s Lollapalooza Aftershow this past summer, and Karl Wallinger’s stripped-down take on his World Party tune, “Put The Message In The Box” is another treasure. Passion Pit impresses with a poignant, acoustic performance of “Take A Walk,” while Serena Ryder gives “Stompa” a stark arrangement. Other highlights include “Ain’t Gonna Be Your Tattoo,” Shemekia Copeland’s raw portrayal of domestic violence, the vibrant “1901” by Phoenix; the smooth neo-soul of Mayer Hawthorne’s “The Walk,” and atmospheric techno rock of The National’s “Don’t Swallow The Gap.”

ONXRT Live From The Archives Volume 15 is available at Target stores throughout the Chicago area.
Posted by Terry Flamm at 11:29 PM