I Was There (April) First 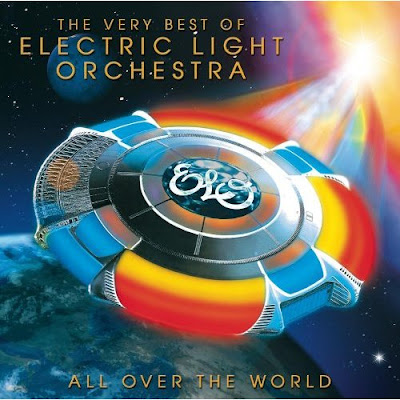 It’s a kidding thing. The new ELO tribute hour was orchestrated for laughs.

Electric Light Orchestra fans have a friend in Chicago radio personality Johnny Mars. At least for an hour this past Sunday they did.

There were a few moments when I first read an item on the WXRT website that Mars was set to host an exciting new weekly program starting on Sunday that I actually believed it. Then I noted the date, and realized it had to be this year’s entry in the FM rocker’s long history of April Fool’s Day jokes.

I mentioned Mars’s new show in last Friday’s Slumgullion column, although I didn’t yet know the name WXRT had come up with for its ruse. I toyed with the idea of somehow letting on that I knew it was a joke, but then decided not to risk spoiling the fun. It wasn’t until Sunday morning that I discovered the scam show was called The Electric Light Brunch. Breakfast With The Beatles host Terri Hemmert was a good sport, excitedly hyping the new show she said would now be following hers every Sunday morning.

Mars, for his part, played it perfectly straight, explaining that each week, Electric Light Brunch would be devoted to the classically inclined rock band Roy Wood and Jeff Lynne founded in 1971. He even offered Electric Light Orchestra trivia between songs. Judging from the variety of comments on WXRT’s website, some people thought Electric Light Brunch was legit, while others thought it was too easy to see through this year’s trick.

Nothing against Mars, but considering the station’s April Fools Day tradition, Electric Light Brunch was, well , pretty light. Years ago, WXRT claimed its Regular Guy film critic had just opened a new restaurant (with a name something like Get In Here And Eat) in the heart of downtown. Other years, the station claimed to have changed formats, and even invited dee jays from its competitors to make guest appearances.

Another year, WXRT enraged a lot of loyal followers who should have known better by announcing that Wendy Rice’s popular Saturday Morning Flashback had been canned. But the best trick came the last time April 1st fell on a Sunday. Weekday morning dee jay Lin Brehmer and news anchor Mary Dixon came in and did their entire show as if it was Monday. Imagine all the hung over listeners who tuned it and thought they had slept through an entire day.

Mars actually was not the first person to spoof the Breakfast With The Beatles format. I created three short video clips called Hanging With The Hollies for the Sunday Morning Coffee With Jeff internet show. Part of the joke was checking to see where all the Hollies tribute bands would be playing that week (as Hemmert does for Beatles tribute bands) and finding out there weren’t any Hollies tribute bands. Sunday Morning Coffee With Jeff is on hiatus now, but if any Hollies news breaks out, I’ll be ready.