Popping In The Windy City 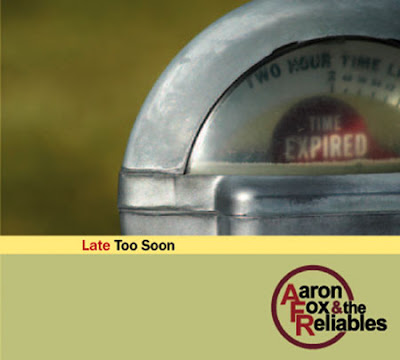 International Pop Overthrow returns to Chicago for its ninth year tonight with an eight-band showcase at The Abbey Pub on the city’s northwest side. It’s a familiar setting for IPO founder David Bash since The Abbey has taken part in all of all his fests here. During a recent interview with me for the Illinois Entertainer, Bash said it was singer-guitarist Chloe F. Orwell of The Handcuffs who first recommended the venue to him. He’ll be in town presenting power pop and indie rock bands for the next week, including shows at The Spot on Broadway, The Red Line Tap on Glenwood Avenue, and Bird’s Nest on Southport. In addition to performing, many acts will be selling CDs, t-shirts, and other promotional merchandise.

Chicago-based Aaron Fox & The Reliables will be using their 10:00PM IPO gig tonight to promote their newly released full-length CD, Late Too Soon. The band’s melodic approach to rock is most impressive on the energetic “Get Down,” which has a bit of a Gin Blossoms feel to it. Other tracks, like the chiming “Over Again,” effectively mix acoustic and electric guitars in lighter arrangements.

Canadian visitors The Eric Welton Band augment their indie rock with keyboards and a sense of humor, while Grand Rapids natives Common Shiner aim for mainstream rock ala The Dave Matthews Band.

The remaining acts are local. Tom Fuller Band, whose Maristar CD is due out soon, tap into The Summer Of Love on songs like “Lollipop Guild,” and embellish their faithful take on The Hollies’ “Air That I Breathe” with lush synthesizers. The Luck Of Eden Hall have an impressive history of lacing their hard-hitting rock with psychedelic effects, particularly on songs like “Just Can’t Compromise My Security,” while No Exit will be performing spare, guitar-driven songs like “Two Cars” and “In Between My Love And Here.” Singer-guitarist Karle Lapetina kicks things off tonight at 7:30PM with engaging pop tunes that are reminiscent of The Go-Go’s at times.

Friday night’s lineup at The Abbey will be particularly interesting for power pop fans. More on that tomorrow.