Hope Of Deliverance - Benefit Taps Into The Spirit Of The Beatles 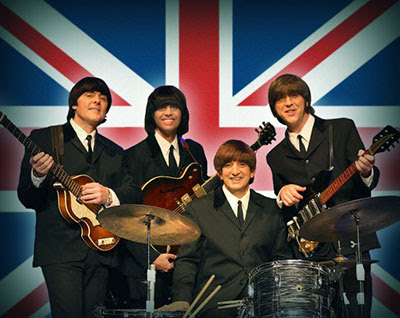 Anyone who has seen The Battle of the Beatle Bands Contest at a Fest For Beatles Fans can attest that some of the most popular contestants are the groups made up of kids. The four young lads of Stockwood won the contest on a couple occasions, not only because of their age, but because they were really good. Stockwood now performs as a Beatles tribute band on a regular basis.

Hope Fuller is the 12-year old younger sister of Stockwood member J.D. Fuller (he plays Paul) and she’s a budding musician/actress in her own right. She plays saxophone in the school band, has performed in school plays, and is a huge fan of Taylor Swift. Unfortunately, Hope was diagnosed earlier this year with Stage 4 Diffuse Intrinsic Pontine Glioma, which is an aggressive brain tumor. She’s a fighter who has gone through chemotherapy, but she and her family need emotional and financial support.

We Will Always Have Hope, a benefit for Hope Fuller, will take place on January 16th at The Hemmens Cultural Center in Elgin. The Center is located at 45 Symphony Way. Tickets are $45 for the main floor, and $40 for the balcony. The concert starts at 7:00PM, and doors will open at 5:30PM.

The event has landed an impressive headliner in Liverpool Legends. Regarded as one of the best Beatles tribute bands, they are managed by George Harrison’s sister Louise. Their busy, nationwide schedule includes regular gigs in Branson, Missouri, and it’s always a treat when they come back to their home state of Illinois. Louise Harrison is also slated to make an appearance at We Will Always Have Hope.

Street Corner Blue, a veteran R&B band that’s known for its eclectic selection of cover material, will serve as the opening act. The six-piece band is currently working on its third CD. This Is This, a local trio that performs melodic, highly polished original rock music (see profile under Elevated Observations), will perform in the lobby, starting at 5:45PM. I can’t tell for sure from searching the web if or when Stockwood will be playing at this benefit.

100% of the proceeds will go to the Hope Fuller Medical Fund. There will also be a silent auction to raise money. Donations can be mailed to the Fuller Medical Fund at Golden Eagle Community Bank, P.O. Box 1930, Woodstock, IL 60098. I’m guessing Hope wouldn’t mind receiving some encouraging greeting cards as well.

Thanks to Terri Hemmert, who mentioned this event on her WXRT Breakfast With The Beatles radio show on Sunday, January, 10th.